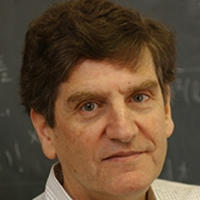 Carl Bernard Pomerance (born in 1944 in Joplin, Missouri) is an American number theorist. He attended college at Brown University and later received his Ph.D. from Harvard University in 1972 with a dissertation proving that any odd perfect number has at least 7 distinct prime factors. He immediately joined the faculty at the University of Georgia, becoming full professor in 1982. He subsequently worked at Lucent Technologies for a number of years, and then became a distinguished Professor at Dartmouth College. [Wikipedia]